The body of Ankita Bhandari, missing for 5 days in Rishikesh, has been found by the police. Three people, including the son of the accused BJP leader, have been arrested by the police. Angry people have also vandalized the resort. 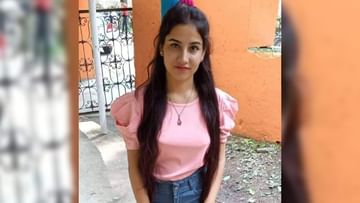 Ankita Bhandari was working as a receptionist at the BJP leader’s resort.

Uttarakhand The dead body of receptionist Ankita Bhandari, who was missing for four days in Rishikesh, has been found by the police. Not only this, three people including Pulkit Arya, son of BJP leader, the main accused in the murder case, have been arrested. During the interrogation of the police, the accused Pulkit has confessed that he had pushed Ankita into the canal after the dispute, due to which she drowned and died. At the same time, the women surrounded the police vehicle carrying the accused. Now questions are being raised whether the action of the matter has been delayed due to the intervention of the government?

The case is of Ganga Bhogpur under Yamkeshwar block. Here the resort of BJP leader Vinod Arya of Haridwar has been built. In this resort itself, Ankita Bhandari (19), a resident of Pauri Garhwal, was working as a receptionist. The father of the deceased told that as usual, the daughter went to work on 18 September and did not return. Despite a lot of searching, no information was found. This information was also given to the Revenue Police. Not only this, the girl’s father had raised suspicion of kidnapping on Pulkit Arya, son of BJP leader Vinod Arya, the owner of the resort.

CM said – the accused will not be spared

At the same time, CM Pushkar Singh Dhami has also instructed the Director General of Police to take strict action in the matter. Whoever has committed this heinous crime, he will be given the harshest punishment in any case. Police is doing its job. Justice will be ensured.

DGP Ashok Kumar said that yesterday the matter was handed over to the Laxman Jhula police by the district officer. The matter was resolved within 24 hours. In this the owner of the resort turned out to be the accused. Three accused including owner Pulkit have been arrested. The girl went missing 5-6 days ago. The area of ​​the resort does not come under the regular police station area. There is a Patwari police system and a case was registered under it, which was done on behalf of the owner of the resort.

DGGI’s big team operation at Jorhat’s Gatan plywood mill; At the same time, raids were carried out on residences and officesSEDI News

Fell on the beach! – AndhrajyotiSEDI News