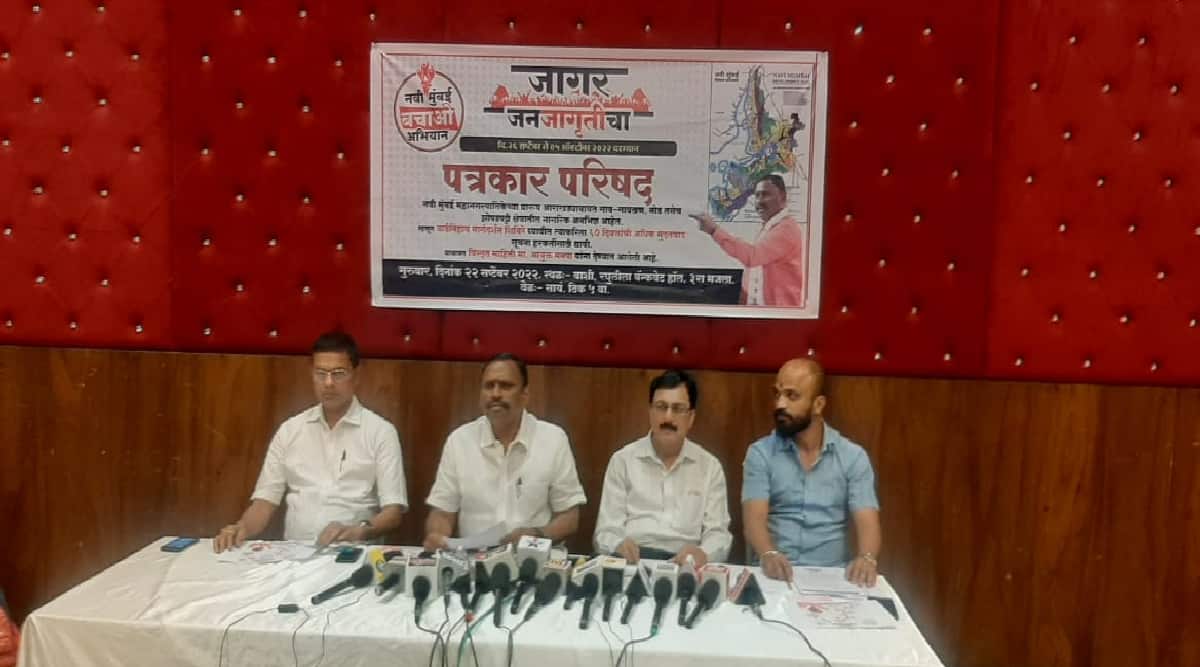 Also read >>>Panvel: Whose exactly is the ‘ti’ bribe amount of lakhs of rupees?

On August 9, the Navi Mumbai Municipal Corporation announced the draft development plan and as per the rules gave a period of two months for objections. But actually those for whom this plan is intended have no knowledge or very few people know about it. There are many errors in this and there is no clarity regarding Gavthan MIDC, there is ambiguity regarding open plots, school grounds, illegal constructions, future roads etc. The resettled reserve plots are missing from the map. However, most of the Navi Mumbai cars are not aware of this matter, so suggestions and objections will be minimal. As many people as possible should participate in this so that everyone can feel the draft plan. However, many demands have been made to the Municipal Corporation for this. A copy of this demand has been sent to Thane MP, Airoli and Belapur MLA, Collector Police Commissioner etc. This information was given in a press conference.

Dashrath Bhagat (Former Leader of Opposition) : It is for the citizens, we are going to conduct a public awareness campaign in order to create public awareness. A symbolic fast will be observed on October 5.

Major demands..
Objection notice should get extension of time

Regarding the development plan, the municipalities themselves should conduct public awareness, training camps, ward wise.

The draft development plan should be given in Marathi along with English. In the city, most of the people know Marathi but very few people know English.

Outline in easy to understand language without using complicated language.

The central and state government has ordered the planning standards for city development and should make a presentation in the public awareness camp along with detailed information.

Efforts should be made to involve as many people as possible in the clean city campaign.

It should be explained what the village situation is like.

Transparency should be brought about MIDC node area.

A commemorative Rs.75 note is available to the publicSEDI News