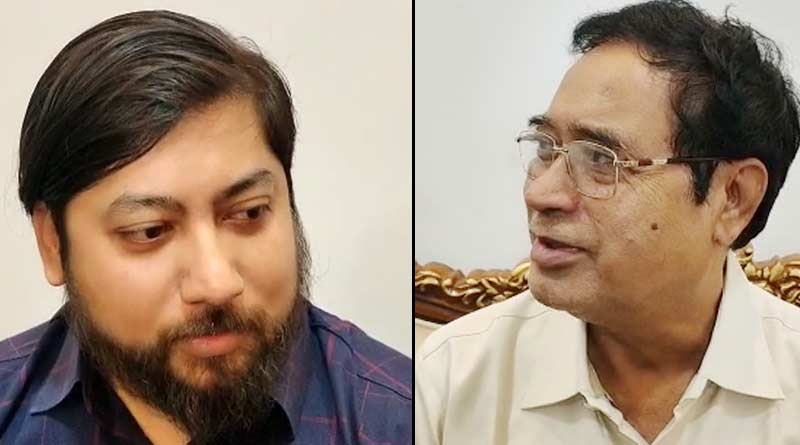 Vikram Roy, Cooch Behar. Anant Maharaj at the home of Cooch Behar MP and Union Minister of State Nishit Pramanik, the day after the convoy attack. The two spoke for about 45 minutes on Friday. After leaving Nisit’s house, Anant Maharaj said that very soon there would be a separate North Bengal. However, Nisit kept speculation as it will be announced later when there will be a separate North Bengal.

After the meeting with Nisit, while leaving, Ananta Maharaj said: “Many things were discussed. The positive words are ours. You’ll see what happens.” Anant Maharaj has been making strong demands for a separate North Bengal for several days now. Anant Maharaj was asked whether there was a discussion with the Union Minister of State that day. That’s how the bomb exploded. He said, “The government has announced. What is there to say again? I believe it will happen very soon.” The Greater Cooch Behar leader last month demanded the separation of Bengal from the chief minister’s platform. Discussions started about it as well. However, after the meeting with the Union Minister of State on Friday, Ananta Maharaj’s demand for a separate North Bengal naturally began to be actively discussed.

Discussions about today’s meeting in political circles are not diminishing. Nishit Pramanik claims that this meeting has nothing to do with politics. Nisit claims that the relationship between the two of them is completely “different”. However, Nisit continued to speculate about the partition of Bengal. He claimed that if there is a separate North Bengal, then you will see it.

The political situation is very critical, some PTI members are in contact, Khawaja AsifSEDI News