A campaign to give a Cape Breton woman 110 cards for her 110th birthday has been more than successful.

Jensen was born in Newfoundland and came to the community more than 80 years ago when her soon-to-be husband got a job in the coal mines.

Nate Boone, a 15-year-old Grade 10 student at Sydney Academy, came up with the idea for Jensen’s card campaign while studying supercentenarians.

Jensen’s family says she received far more than her original goal of 110 cards — 1,500 of them came from around the world, including the United Kingdom, France and Austria. 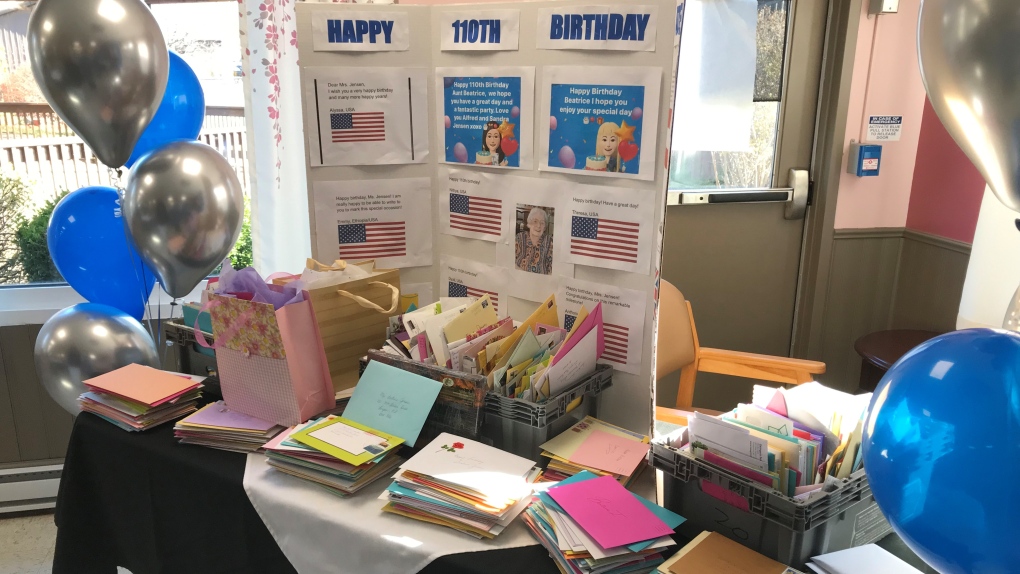 One of the many cards read, “Happy Birthday, Ms. Jensen! I am really happy to be able to write to you to mark this special occasion! – Amy, Ethiopia/USA”

Jensen’s cards were also on display at the party, stacked in piles, boxes and even hanging from the ceiling. 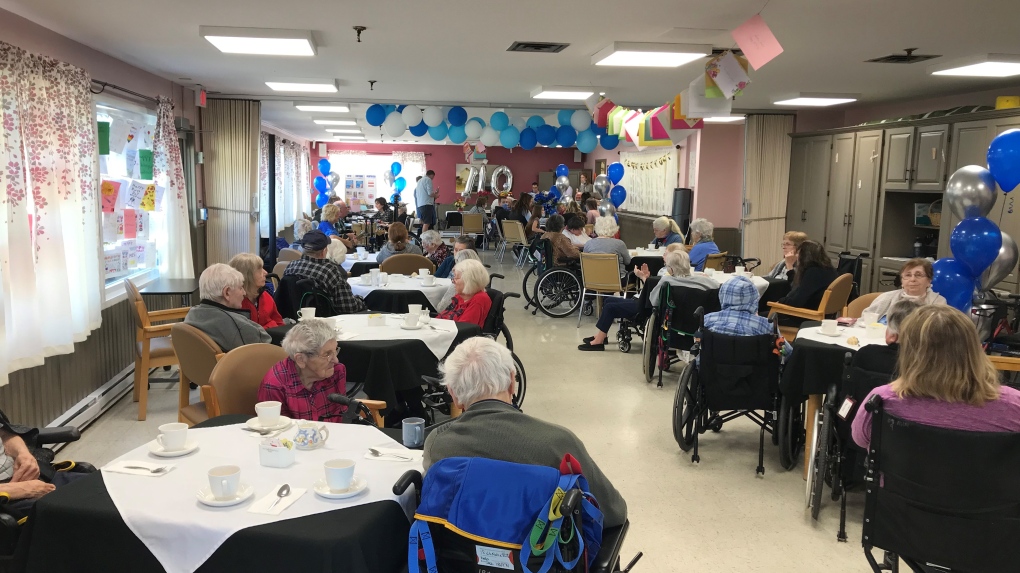 Boone believes Jensen may be the oldest person in Nova Scotia and seventh in Canada.