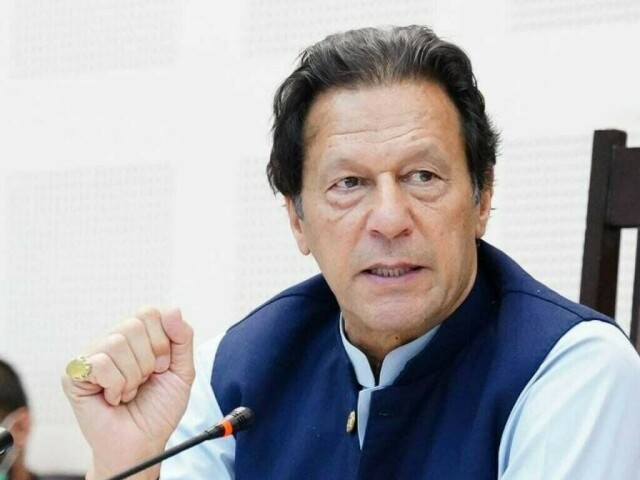 Former Prime Minister Imran Khan submitted an affidavit of apology in the contempt case against him for disobeying Additional Sessions Judge Zeba during one of his rallies at the Islamabad High Court (IHC) on Saturday.

In the affidavit, the former prime minister swore to “follow what I said in the court during the last hearing”.

“During the hearing, I realized that I might have crossed a red line while giving my speech on August 20,” Imran said in the affidavit. “If the judge feels I crossed the line, I’m willing to apologize.”

He clarified that he did not intend to threaten any judge, rather he spoke of taking legal action against him.

Imran also added that he has worked for 26 years to strengthen the independence of the judiciary and the rule of law.

“In future, I will be careful not to disrespect or harm the judiciary,” the former prime minister said.

This came a day after Imran Chaudhary appeared in court to plead for his pardon, only to find that the judge was on leave.

“You have to tell Madam Zeba Chowdhury that Imran Khan visited and wants to apologize if any of his words hurt her feelings,” he told Judge’s Reader.

On 22 September, the Islamabad High Court (IHC) stayed the contempt proceedings against Imran after it offered an apology to Chaudhary.

In its written order, the court observed that Imran Khan admitted that he “may have crossed the red line”.

Imran says he had no intention of threatening the lady judge

The court, in its order, noted that the former prime minister had promised not to repeat in future actions that would harm the dignity of the judiciary and especially the lower judiciary. Considering Imran’s reply, the court said it was “satisfied with the apology given by the defendant”.

“Let him file an affidavit for consideration in this court before the next date is fixed,” the IHC added.

Earlier, during the hearing, the former prime minister had taken the stand, and sought permission to place his statement on record. “I am ready to apologize to the lady judge,” he told the court.

“The court believes that I have crossed a line. My intention was not to threaten the lady judge. If the court says so, I am ready to personally approach the judge and apologize.”

Justice Minallah said the court would record the PTI chief’s statement and asked him to submit an affidavit.

Asif Zardari has ended the rivalry between Parvaiz Elahi and Chaudhary Shujaat.SEDI News