First snowfall of the season occurs in Naran – PakistanSEDI News 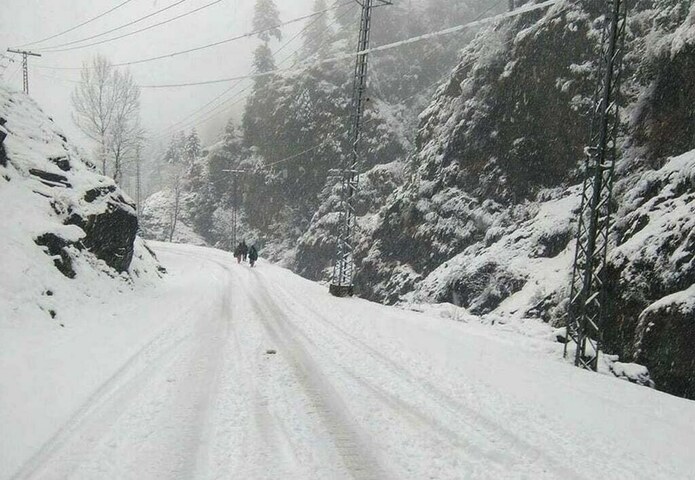 Abbottabad: Naran received the first snowfall of the winter season on Saturday and Babusar the second peak while the rest of the hilly areas of Hazara division received heavy rain.

After continuous snowfall, Mansehra Naran Jalkhad (MNJ) road was closed for all traffic and commuters from northern areas were directed to use Karakoram Highway (KKH).

Babusar Top received over six inches of snow and Naran over two inches while other hills recorded four inches of snowfall last night.

The temperature in Kaghan and Naran valleys had dipped to minus and it was expected that after more snowfall during the current week which has been predicted by the Meteorological Department, the temperature will drop further.

Most residents have left the area while maximum hotels in Naran, Kaghan and Shogaran have been closed ahead of the snowfall. Incessant rains throughout the day have caused a drastic change in temperature in the plains and hilly areas of Hazara Division where people have also started using warm clothes and winter delicacies.

Kaghan Development Authority (KDA) staff have been deputed to deal with any emergency situation in Kaghan and Naran.