Tight security arrangements have been made for the arrival of Prime Minister Narendra Modi. More than 2000 personnel of SPG, IB, paramilitary forces and police have been deployed. 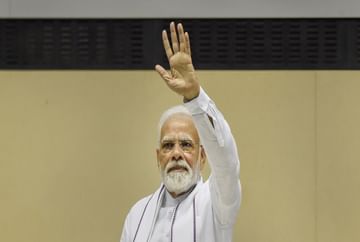 Prime Minister Narendra Modi will be on Himachal tour on 24 September i.e. today. He will address a rally in view of the upcoming assembly elections at Paddal Maidan in Mandi district here. During this, the presence of many veteran leaders of BJP will be seen. These include many senior leaders including CM Jai Ram Thakur, Union Minister Anurag Thakur. Preparations have been completed for the arrival of PM Modi. There is a wave of enthusiasm among BJP workers.

Tight security arrangements have been made for the arrival of the Prime Minister. About 2000 personnel of SPG, IB, paramilitary forces and police have been deployed. It is being told that all the leaders sitting on the stage have already been tested for corona. Police officers have been asked to be alert in advance in view of any suspicious activities. Let us inform that the Air Force had successfully conducted the trial of the helicopter in Kangnidhar on Thursday morning.

PM Modi will reach Mandi’s Kangani helipad by Air Force helicopter. After this, he will address the Yuva Vijay Sankalp rally of BJYM at Paddal Ground. In view of the upcoming elections, the arrival of PM Modi in Himachal is considered very important for the BJP. It is being told that he will make the conch shell of the BJP’s election campaign from here.

There will be a ban on the movement of vehicles


A large number of workers are expected to attend this rally of PM Modi. Local BJP leaders expect at least over one lakh workers to attend the rally. It is being told that he will start the election campaign focusing on the youth.