Is Prince Harry allowed to wear his military uniform to the Queen’s wake?SEDI News 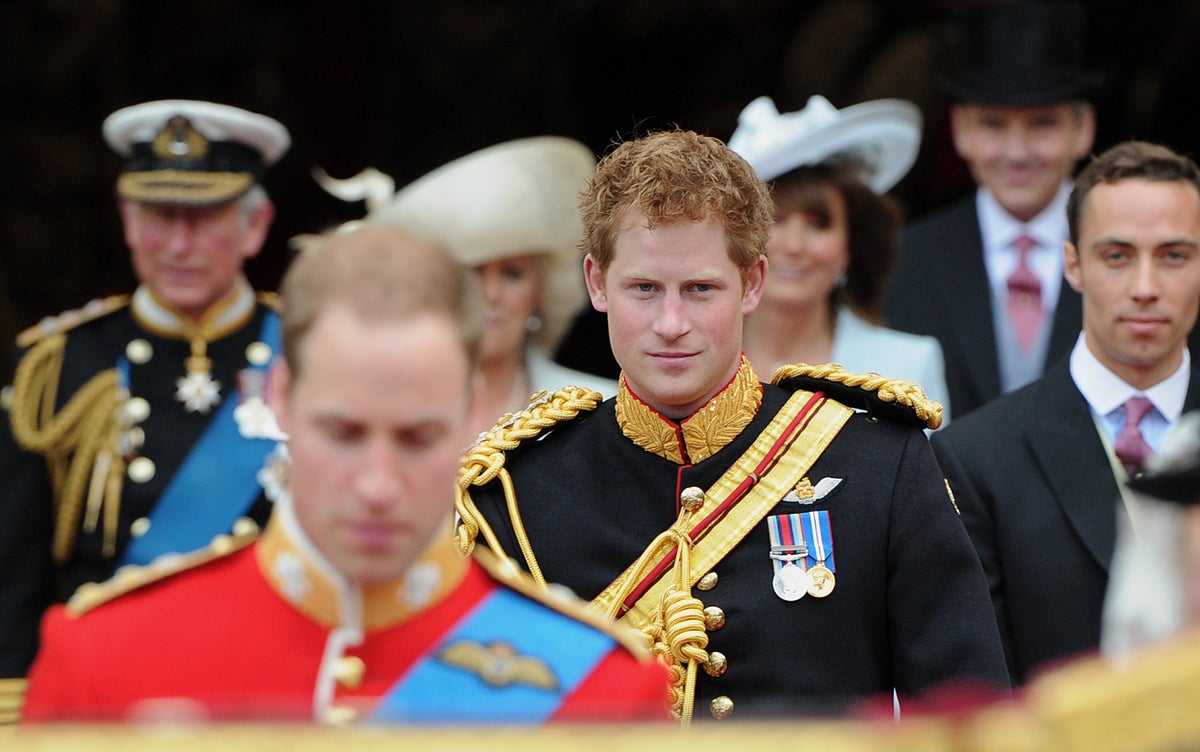 Prince Harry did not wear a military uniform as he walked behind Queen Elizabeth II’s coffin in a procession from Buckingham Palace to Westminster Hall on Wednesday (September 14).

Instead, the Duke of Sussex, who served 10 years in the British Army, wore his military medals pinned to his morning suit as he walked in the procession alongside his father, the King, his brother, the Prince of Wales and others. royal family.

Watched by millions, Harry was forbidden to even salute the coffin like his brother and father, and instead simply bowed his head.

But recent claims suggest that Prince Harry will be allowed to wear military uniform for the royal vigil alongside his cousins ​​at the Queen’s coffin on Saturday 17 September.

But what is Prince Harry’s military uniform and why isn’t he allowed to wear it?

Here’s what you need to know.

What is Prince Harry’s military uniform?

While the royals have a number of military uniforms, the outfit Prince Harry is expected to wear to the wake is the blues and royals uniform.

The Blues and Royals (Royal Horse Guards and 1st Dragoons) are a cavalry regiment of the British Army, part of the Household Cavalry Regiment.

The colonel of the regiment is Princess Anne. It is the second most senior regiment in the British Army.

Prince Harry wore a navy blue uniform to the wedding of Prince William and Kate Middleton in 2011.

Both Prince Harry and Prince William also received permission from the Queen to wear a frock coat version of the uniform to Prince Harry’s wedding to Meghan Markle.

Some versions of the uniform featured thick gold rope detailing with gold buttons and a white stripe.

Why is Prince Harry no longer allowed to wear his military uniform?

In January 2020, Prince Harry and Meghan officially stepped back from their duties as senior members of the royal family.

As a result, Harry was stripped of his honorary military titles and the royal patronage of Sussex was returned to the Queen and redistributed to working members of the royal family.

During the couple’s explosive interview with Oprah Winfrey in February 2020, Harry admitted he was “hurt” by the decision.

He told the TV host: “I’m hurt. But at the same time, I fully respect my grandmother’s decision.

According to royal writers Caroline Durand and Omid Scobie, being stripped of his honorary military appointment was “the most disappointing aspect” of his decision to step away from the royal family.

“As a retired serviceman, Harry will always be able to wear his medals, but will no longer be able to wear the uniform as Captain General of the Royal Marines, Honorary Air Force Commandant of Royal Air Force Base Honington and Honorary Commodore-in-Chief. About Royal Navy Small Ships and Diving Operations ,” they wrote in their book Finding Freedom.

“[It’s been] A tough pill to swallow and one of the most painful for Meghan to see her through. That’s what made Harry emotional.”

No. Following a U-turn by Buckingham Palace, Prince Harry will be allowed to wear a military uniform at the vigil next to the Queen’s coffin on Saturday with his cousins, but not at the state funeral on Monday 19 September, it is believed.

The restrictions sparked outrage from some critics, who noted that Prince Harry had completed two tours in Afghanistan.

Earlier this week, he tried to focus on his grandmother’s life instead of her appearance.

“[Prince Harry] Will wear a morning suit throughout the event in honor of his grandmother. Their decade of military service is not defined by the uniform they wear and we respectfully ask that the focus be on the life and legacy of Queen Elizabeth II,” her spokesperson said.

Now, Prince Harry will be given special arrangements to wear his uniform as “the ultimate mark of respect”.

A royal source was quoted as saying: “Common sense prevails.

“It was a ridiculous situation, as the Duke of Sussex has served his country and is a highly respected member of the armed forces with everything he has done for veterans.

“It is important that the Queen’s grandchildren all feel welcome and comfortable as they mourn their beloved grandmother together.”

No waiting, no queuing, open an account in any bank at home – Daily Ausaf SEDI News

The biggest rail strike in Britain for decades SEDI News

The Kashmir issue is essentially a 75-year-old liberation war, not just an HR breachSEDI News