Kunal Ghosh. In politics, the use of insulting words, swearing and vulgarity has come to the fore. Many raise the bar. Attended Yukti Takko by ABP Anand Suman Dey earlier in the day. I read Debashis Bhattacharya’s article in Anandabazar newspaper on Thursday. Bad words are excluded, agree. But without going into old words, let’s just say from the recent past, it is not right to blame the Trinamool (TMC) for the confusing turn of the neutral debate. Goda means what Debashisbabu wrote, Trinamool threw bricks first, BJP threw jute in response.

wrong The truth is lost.
2021 Assembly Elections (West Bengal Assembly Poll 2021). Like evetizers, Modiji says. “Ooooo diddy!” Before that, Shuvendu Adhikari attacked his long-time boss in such ugly language that he switched parties. Next ugly adjective about Abhishek. PC, Vaipo, Garuchor, Koilachor, Tolamul, Agency, then so-and-so’s house, Khokababu, Parivar Pvt Ltd, Begum – and other various words and gestures. BSR has always shown ugliness and bad words. Trinamool went to polls with a development scheme. won Have you not seen an urge to prevent someone’s bad words? Suvendu Adhikari continues this rant. Now when his answer comes, Rob. Now the sense of taste? One or two other BJP leaders also say. It’s funny, isn’t it?

Trinamool party and Govt filled all the top positions of Shuvendu, the party from which his father, two brothers also got big positions, suddenly, in the face of vote, he switched parties to avoid CBI, ED, Mamata Banerjee; will there be no reaction if he attacks Abhishek? And only the party or the leaders? Now, if there is a question of dislike in any press conference, it is blatantly rude to say “chichata media”, does that fall to Harinam’s level? Hasn’t Debashisbabu been listening for so long? As a journalist, have I not seen a protest pen?

Take my word for it. As the spokesperson of the party, when I asked questions, Shuwendu did not answer, saying that I am in prison, so I will not answer. Yes, I was in prison. Shuvendura took Sarada’s money. I was sent to prison with a gun on my shoulder. Fight against the law. What does that have to do with politics? And if jail is bad, when Amit Shah walked to Shuvendu BJP when he was in jail for murder, was it Taj Mahal? Shuvendu changed party out of fear of prison, is that courage? 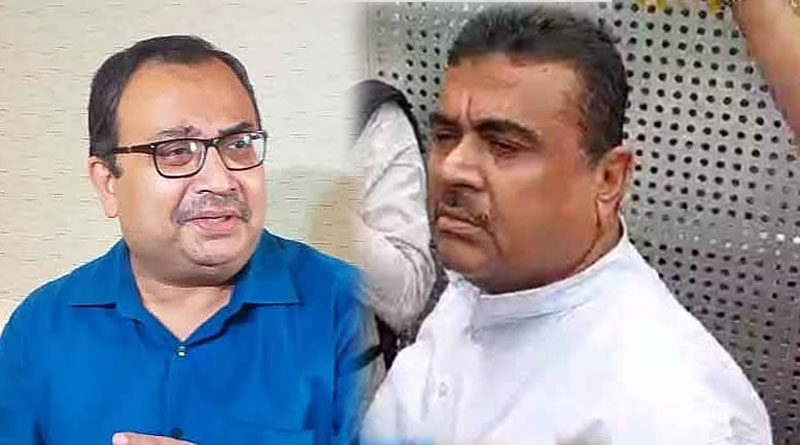 There is so much talk about “don’t touch my body”. The Leader of the Opposition is going to be a laughing stock, and that can’t be said? There was a conflict with the police once. Once I was surrounded by female police officers. Pictures and news are available in many media including Anandabazar. I behaved with a cool head, I did not jump like Shuwendu. And I told the male policemen, “Don’t touch me, I complained, they should take me to Meredhar.” I did not walk alone and sit in the police car like that Alubhat.

There is a gay theme. I am also modern. Homosexuality is not wrong. They have full rights. Only Subhendu’s position has been called into question based on the male-female controversy. Don’t have the sportsmanship to do it? When they say bad things, no one listens. Blisters on the body, if we ask. Then attack Abhishek’s paternity again? Debashisbabu wrote that Trinamool’s intransigence is the source of such factional politics. When Subhendu was consistently attacking the leader-in-chief, calling the party ‘Tolamul’, calling a section of the media ‘chichata’, did your conscience fall asleep?

Abhishek didn’t fire a single shot aimed at the forehead. And rather hailed the patience of sub-Nagarpal, who did not fire despite being so beaten. In doing so, he gave that comparison. Misrepresenting this statement is unacceptable. That is what the opposition party can do, neutral journalists cannot do.

Shuvendu is my personal friend, not my enemy. I have known him for a long time, I can say that. But despite receiving all the respect from the party, party spokesmen will respond to high-level slander and personal attacks on behalf of the old party and leaders. We also want to avoid personal attacks. But if they clap and we say one or two rude words, giving knowledge, it doesn’t happen.

Tell a story. Ramen Babu went to the village mulberry. He used to say: look, the spirit of the neighboring neighborhood came and illegally occupied my two one-story houses and hangs me every night. He is your acquaintance. You have to stop him.’ Murubbi heard everything and said in judgment: “Ramenbabu should occupy the entire second floor. And one floor is painted. Exactly equal. Mind, you will not rise. I want justice here.”

Incessant Rains: It rained for the fourth day in a row in Delhi-NCR. The Rajeev Chowk sank.SEDI News

School ends and 13-year-old Shraddha loses her life, while coming home she finds a bicycle under a tractor SEDI News

We are not the cause of the problems we are facing, the United Nations should play a role in solving the Kashmir problem, Prime...