London to back Dhaka against Myanmar at UNSEDI News 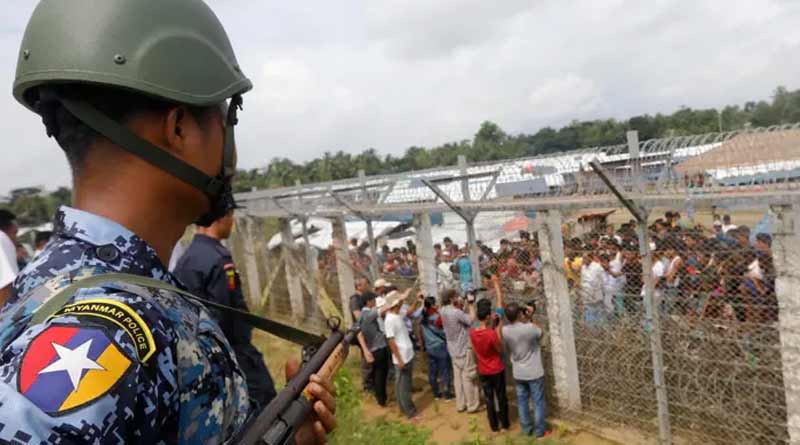 Sukumar Sarkar, Dhaka. Bangladesh will be with Bangladesh in the United Nations. British Ambassador Robert Dixon announced increasing pressure on Myanmar. Fierce fighting between government forces and Rohingya terrorists has been going on in Myanmar for the past few weeks. The projectile of that battle hit the territory of Bangladesh. As a result, the situation at the border has become complicated.

Acting Foreign Minister of Bangladesh (retired) Rear Admiral Mohammad Khurshid Alam discussed the border situation with foreign representatives on Tuesday. During the exchange of ideas that lasted more than an hour, Dhaka asked for help, emphasizing the importance of the situation on the international stage. Khurshid Alam also mentioned that Bangladesh will refer the issue to the UN for a peaceful settlement of the border situation. At that time, the British High Commissioner Robert Dixon stated that if Bangladesh wants to raise the issue in the UN Security Council, London is interested in cooperating as a permanent member. Welcoming the proposal, Bangladesh said a final decision has not yet been made on whether Bangladesh will go to the Security Council. However, the Bangladesh-Myanmar border situation will figure prominently in Prime Minister Sheikh Hasina’s speech in the general assembly debate.

It should be noted that fierce battles are going on in Myanmar between the government forces and the Rohingya militants organization “Arakan Salvation Army”. And the flame of that conflict descends in Bangladesh. More than once, the shells came across the border. But considering the situation, Dhaka does not want to deploy additional troops on the border at this time.

On Sunday, the Ministry of Foreign Affairs summoned Myanmar’s ambassador to Dhaka, Aung Kyaw Moe, after several mortars landed in Bangladesh territory. He was called in connection with a firing incident on the border of Ghumdhum of Naiksyongchar upazila of Bandarban district of Pahari. Meanwhile, the UN is also concerned about the border situation in Myanmar. The UN Resident Coordinator in Bangladesh, Jean Lewis, told the media on Saturday that the UN office in Bangladesh is concerned by reports that one person was killed and several others injured when mortar shells from Myanmar hit Bangladesh. The United Nations has called on all sides to maintain calm to avoid tensions or casualties.

Trains Canceled: These 9 trains going to Vijayawada, Guntur, Dornakal, Bhadrachalam Road and Machar have been cancelled.. Huge shock for passengers heading to the...

In the Rangareddin district, the police detained the accused, who had raped a 9-year-old girl for two months.SEDI News

Bison Animal, it looks like a buffalo is wearing a sweater…; Have you seen this strange looking creature? – have you ever...