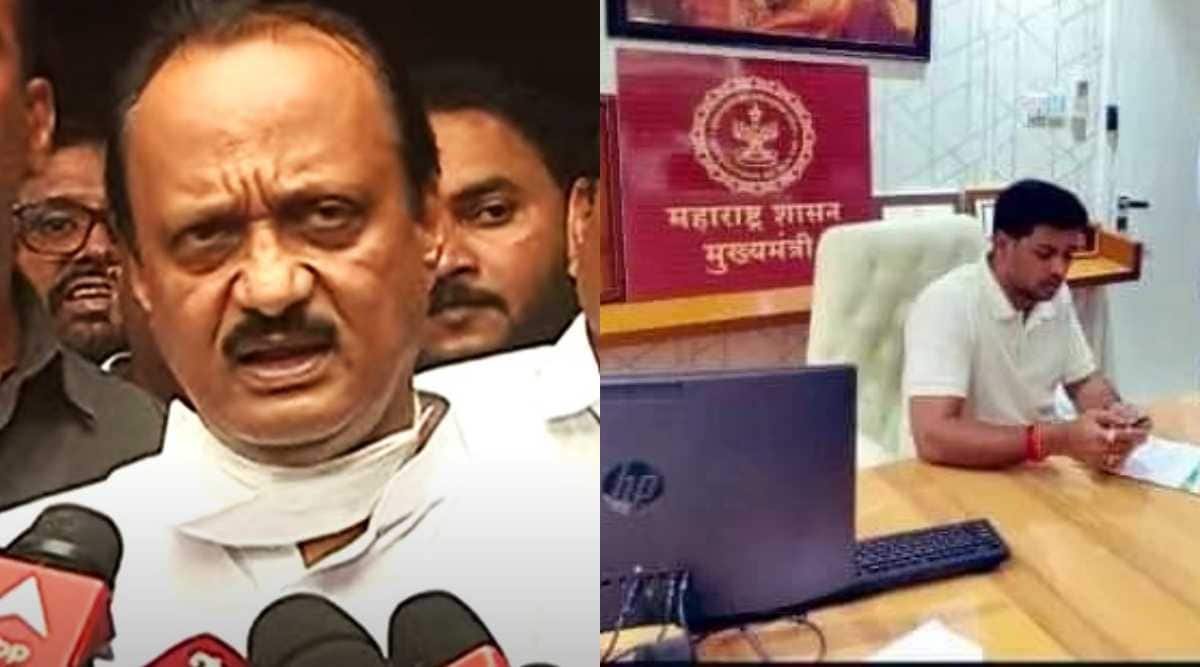 A photo of MP Shrikant Shinde sitting on Chief Minister Eknath Shinde’s chair is currently going viral. Due to this, the NCP is also getting strong criticism. When Leader of Opposition Ajit Pawar was asked about this, he clarified his position. “The chair on which Shrikant Shinde is seen sitting is the Chief Minister’s house. Ajit Pawar expressed the opinion that in the end, which chair someone should sit on in someone’s house is an internal question of that house. He was speaking to the media in Pune on Friday (September 23).

“Instead of giving importance to this matter, attention should be paid to unemployment, inflation”

“There are children, daughters-in-law, brothers or other people in the house. Unemployment and inflation should be paid attention to instead of giving this matter exclusive importance. We are forgetting those things.”

“Right of Ministers to sit as representatives of Government”

Ajit Pawar further said, “When we are guardian ministers, we have the right to sit in the office of the Collector or the Commissioner as the representative of the government. This authority is vested in a Minister, Guardian Minister, Deputy Chief Minister or Chief Minister.”

“Unless MP Shinde gives information about what exactly has happened to Shrikant Shinde, it cannot be clarified. He should follow the rules,” Pawar also mentioned.

Using the proceeds of the slave trade, Cambridge University.SEDI News

How credible is RSS’s ‘Muslim Outreach’? What is Mohan Bhagwat doing?SEDI News