‘Tejas’ ready to give a befitting reply to China, keep a close eye on the sky or the ground everywhere SEDI News

This aircraft makes us very capable so that we can defend our country and can reach for war anywhere in the whole country immediately. 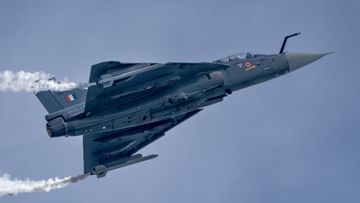 Indian Air Force The whole world is going crazy about the Tejas aircraft. This indigenous aircraft is ready to sour the teeth of the enemy on the borders of India. Even the officers of the Indian Air Force do not get tired of praising it. It is a multi-role aircraft capable of carrying and hitting world-class bombs and missiles. Indian Air Force The Commanding Officer of the K45 Squadron, also known as the Flying Daggers, Group Captain Syamantak Roy, said on Thursday that the Light Combat Aircraft Tejas very powerful aircraft Which has now been equipped with the world’s best missiles.

Roy said, ‘Sular Air Force Base is present in the peninsula in the center of the South. It ensures that we are safe not only from north side and east side but also from south side. This aircraft makes us very capable so that we can defend our country and can reach for war anywhere in the whole country immediately.

Although Tejas is very spectacular, but the weapons that can be carried with it are very spectacular. It is very effective in our war prone areas. It is because of this quality of this aircraft that it makes it even more important. Roy said that LAC Tejas is capable of carrying short-term thermal missile as well as long-range missiles. Both these types of missiles are of global level.

He further said, ‘We can also carry 1000 pounds of conventional bombs and laser guided bombs from it. With this we can attack air to air and air to ground also. It is also a multi-purpose aircraft for the same reason. Roy told that in this, up to 60 percent of the equipment has been used indigenously. In this, the use of indigenous equipment is gradually being increased.


Security at South Base

Experts in IT like India, Pakistan in terrorism, Jaishankar targeted SEDI News

5G in India. high quality education but cheap, Mukesh Ambani promises to bring 5G to every village and town by 2023.SEDI News

Cipher is still there, not made public due to security risk, Imran Khan SEDI News

10-12 thousand cheap mobiles will stop after 5G launch? Read answers to all the questions in your mind SEDI News