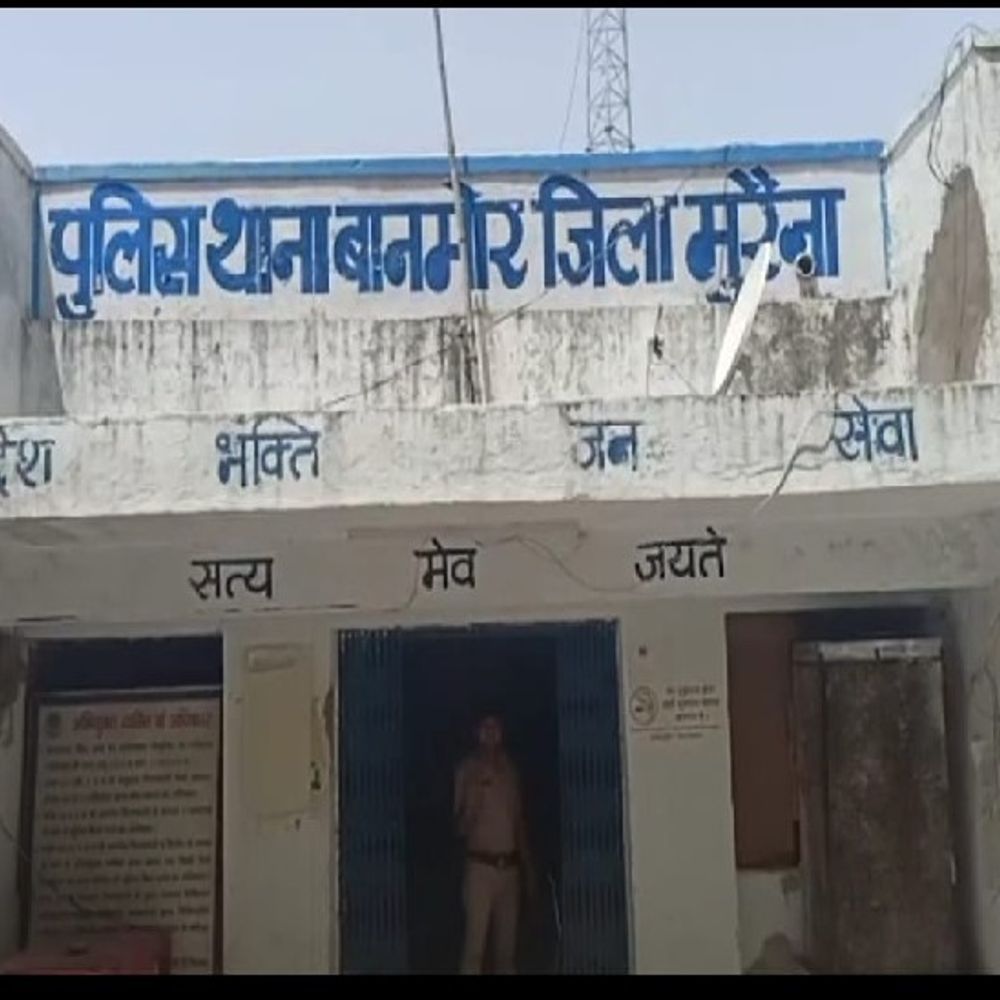 A case of rape of a 17-year-old girl has come to light in Banmore town of Morena. The minor is a resident of Shivpuri. She came here at her sister’s place. In Banmore itself, she got acquainted with a young man living in her sister’s neighborhood. The youth took her to the hotel where he raped her.
Please tell that the minor is a resident of Shivpuri. His elder sister is married in Banmore. She had come to stay with her sister. At the same time, he became friends with Golu alias Bholu Srivas, a resident of Dathara village. Bholu used to come to his sister’s place. During this time he became friends with Bholu.
Buying a mobile given to a minor
Accused Golu was a vicious mind. He first gave his mobile number to the minor so that he could talk to her. When the minor said that she did not have a mobile, how would she be able to talk? On this, Golu bought him a new mobile and put the SIM in it and said that you should talk to it. He even used to recharge the minor’s mobile. After that a conversation took place between the minor and the accused. During the conversation, he trapped the minor in his net
raped by taking him to the hotel
When Golu and the minor became good friends of each other, one day Golu took the minor to Morena on some pretext, where he raped her by taking her to a hotel. He took her to the hotel and raped her on June 15. After that he invited her to his house on some pretext and raped her there too.
The accused took the minor to Ahmedabad
After raping twice, the accused got boosted and he took the minor to Ahmedabad by luring him.
relationship on the pretext of marriage
The minor told the police that Golu had raped her by promising to marry her. He told her that he would marry her.
used to do blackmail by making videos
During the relationship, the accused made many objectionable videos of the minor. When the teenager forced her to marry and protested against rape, he kept her silent by threatening to make the video and photo viral.
Zero has been achieved in Shivpuri Kotwali
When the parents of the minor came to know about this incident, they got the accused set on zero in Shivpuri Kotwali. After that, on the basis of this determination, the Banmore police station has registered a case against the accused under other sections including rape.
case is under investigation
On the basis of the achievement of zero, a case has been made against the accused in the Banmore police station. Now, the police is probing the matter. Next step will be taken after investigation.
Ashutosh Bagri, Superintendent of Police, Morena

There is more news…

A Winnipegger living in Halifax deals with Fiona’s aftermathSEDI News

Troubled by high BP and diabetes? Here’s why you should eat walnuts every daySEDI News