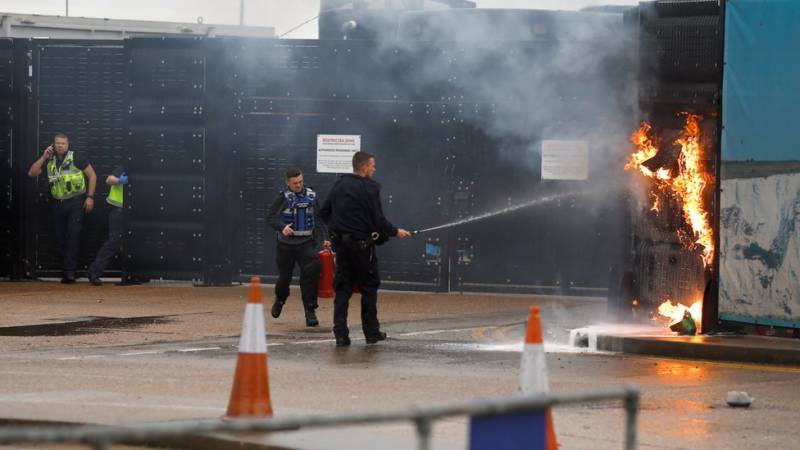 A person threw a petrol bomb and set fire to the processing center built for immigrants in the channel port town of Dover, South Britain. After the incident, the accused also committed suicide. Bombs were thrown in which one person was injured and the office was also severely damaged. Kent Police says that the attacker was chased but he committed suicide by blowing himself up with explosives. The process of identifying the attacker is ongoing. who looks like an immigrant. The said attack happened at around 11:20 local time. The suspect was riding in a white car from where two to three petrol bombs were thrown.