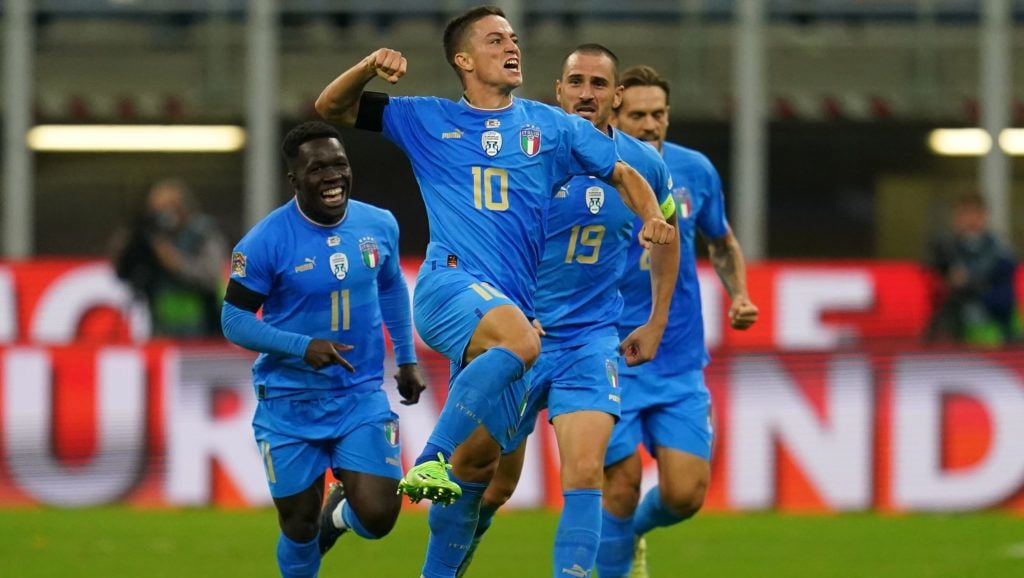 England faced the prospect of relegation from the top tier of the Nations League after a humiliating defeat to Italy which raised further concerns ahead of this winter’s World Cup.

Favorites to triumph in Qatar, who reached the semi-finals four years ago and the Euro 2020 final, things have turned sour for Gareth Southgate’s side of late.

England failed to win any of their four June fixtures and produced a subdued response to their 4-0 Molineux defeat against Hungary, with Giacomo Raspadori scoring Roberto Mancini’s Italy to a 1-0 win on Friday night.

A fifth consecutive match without a win means Southgate’s men have been knocked out of Group A of the Nations League – a competition in which they finished third three years ago – with a game to spare.

The demotion is embarrassing but the performance is more worrying with just 59 days to go until the World Cup opener against Iran.

The Euro 2020 finalists played out a forgettable goalless draw behind closed doors in June and the first half in Milan somehow managed to be more disappointing as England struggled against the absent-hit Azzurri.

It didn’t get any better from the visitors’ perspective as Italy, who wouldn’t be queuing, kept them at bay and secured victory through Raspadori’s fine curling effort.

Southgate’s side lacked ruthlessness on the eve of a San Siro encounter that ends with more questions than answers, with Monday’s only home match against Germany before the World Cup.

At 18, I only recently realized the importance of community engagement and politicsSEDI News

There are no plans for a mini-budget in JanuarySEDI News